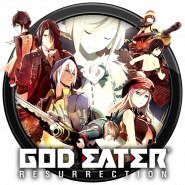 God Eater: Resurrection – a game in which you will be in the 50th year of the XXI century where unknown organisms have taken over the Earth. Our planet was attacked by a dangerous and bloodthirsty creatures who are ruthless and rapidly evolyutsioniruet. People called them the Arago, normal weapons do not cause them damage, and people on the verge of extinction. In the 70-ies of the huge company "FENRIR" has developed a new weapon and created a squad of fighters "eaters of the Gods." Played the role of one of the strategic fighter squadron and give humanity a chance for salvation. 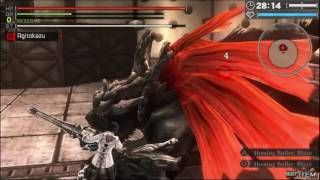